Hello everyone!
So it's been a while since I last posted, my rabbit is back to normal now and has been doing great.
2020 was a rough year for all of us, and the honest truth is, I'm exhausted. 😅
We are all doing well, waiting impatiently for that vaccine. Some of my husband's family members had Covid this past January, thankfully they are mostly okay now. Some long term side effects are lingering.
I doubt I will ever be able to post consistently again on here, but I still have a soft spot for my blog. There's just honestly not much going on to talk about.
Stay safe, love Rebecca 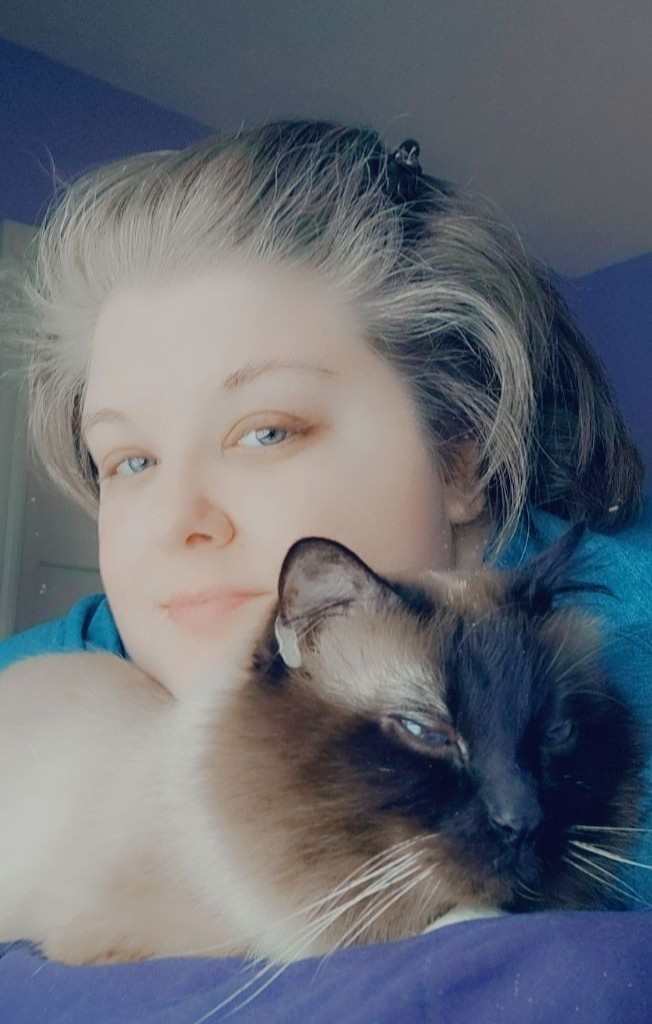 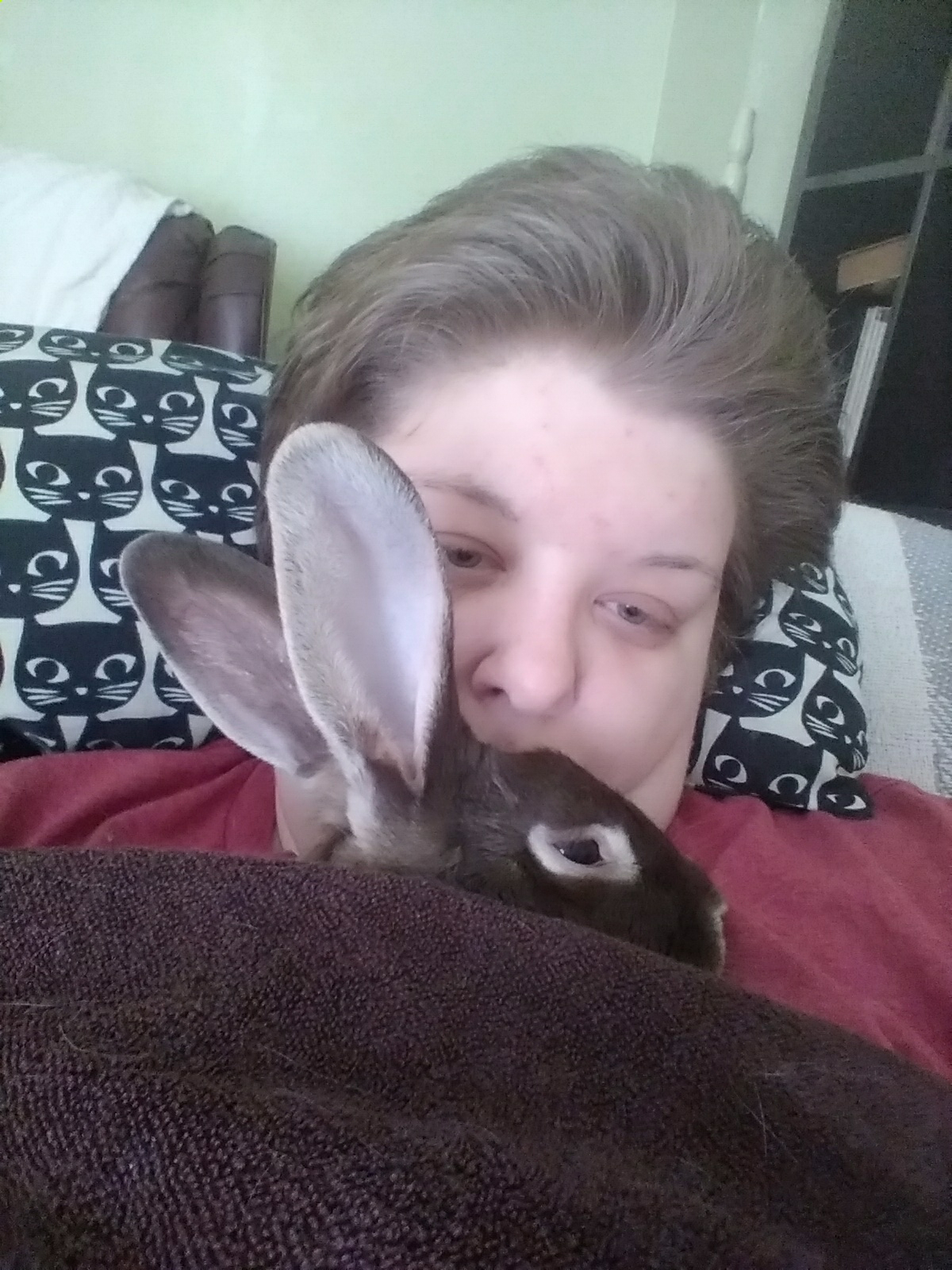 So this past week has been emotionally exhausting! On Labor Day I noticed that our rabbit Percy was acting different. He wasn't moving much at all and seemed incredibly weak. Percy is 7 years old which is similar to a human in their late 50s. I noticed he tried to get up and couldn't, I went to pick him up and the panic set in. 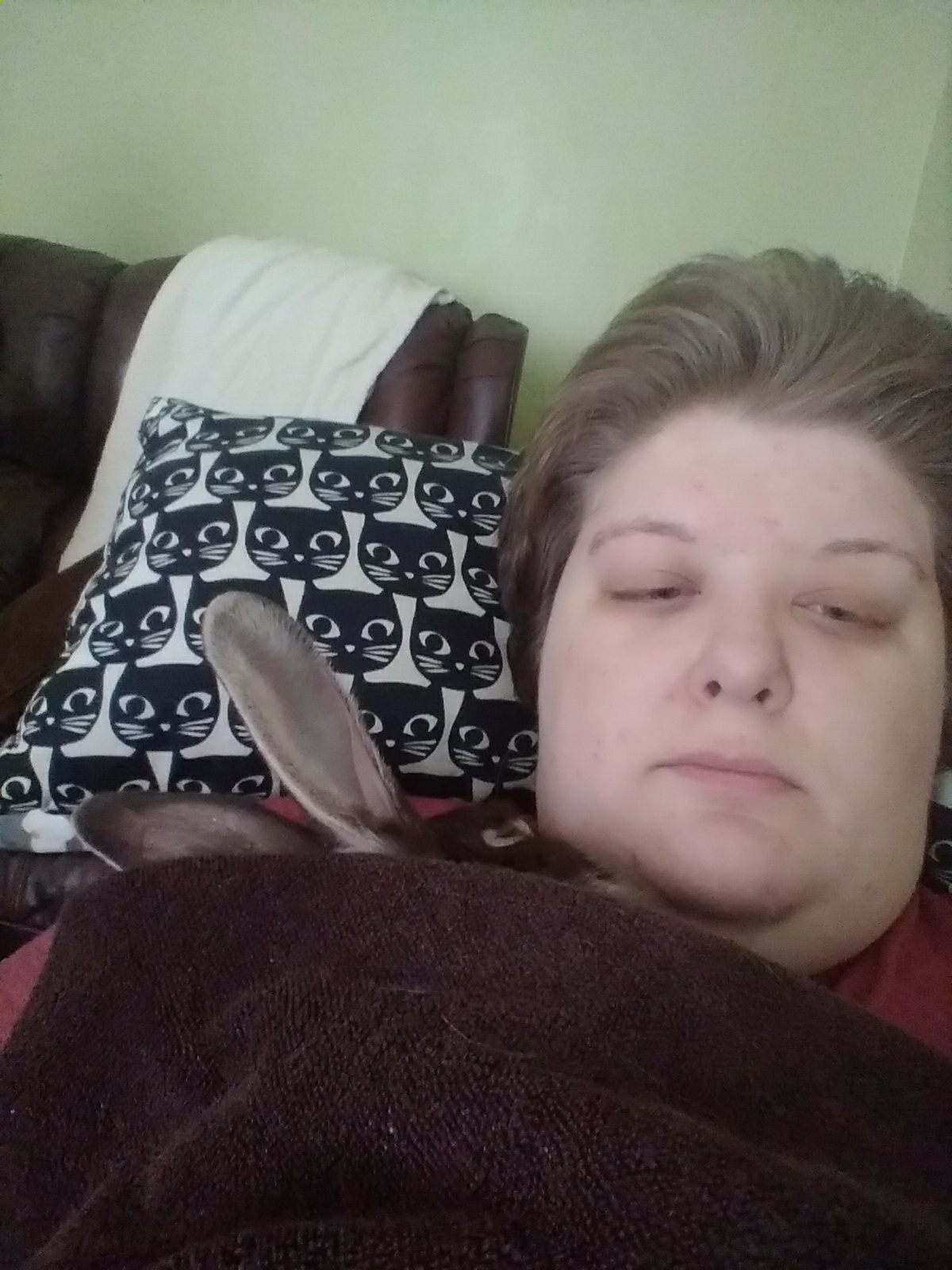 Normally Percy will tense up and sniff me. He isn't a big fan of being held so I generally don't pick him up. This time, however, Percy felt wrong. He felt like he weighed nothing, no muscle tension. He was lethargic and just not acting right. I held him for a bit while I panic cried. It was a holiday and vets were closed. 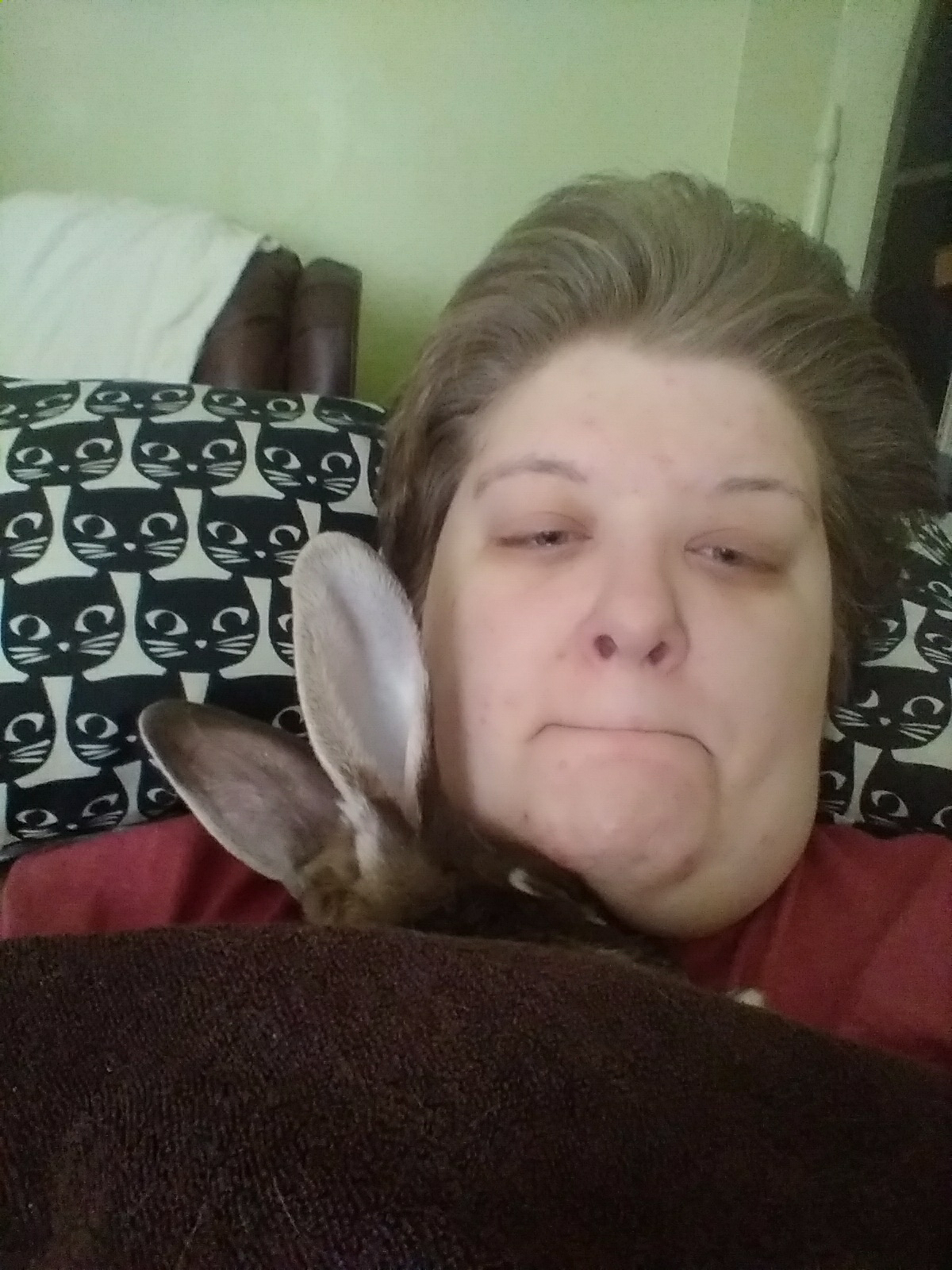 I cried some more. Mostly because I didn't know what was wrong. I was able to connect with a vet online and we started texting. She was incredibly helpful and knowledgeable about rabbits. It seemed like we had the possibility that Percy was going into G. I. Stasis. This is a very dangerous thing for rabbits and if left untreated its a painful way to die. 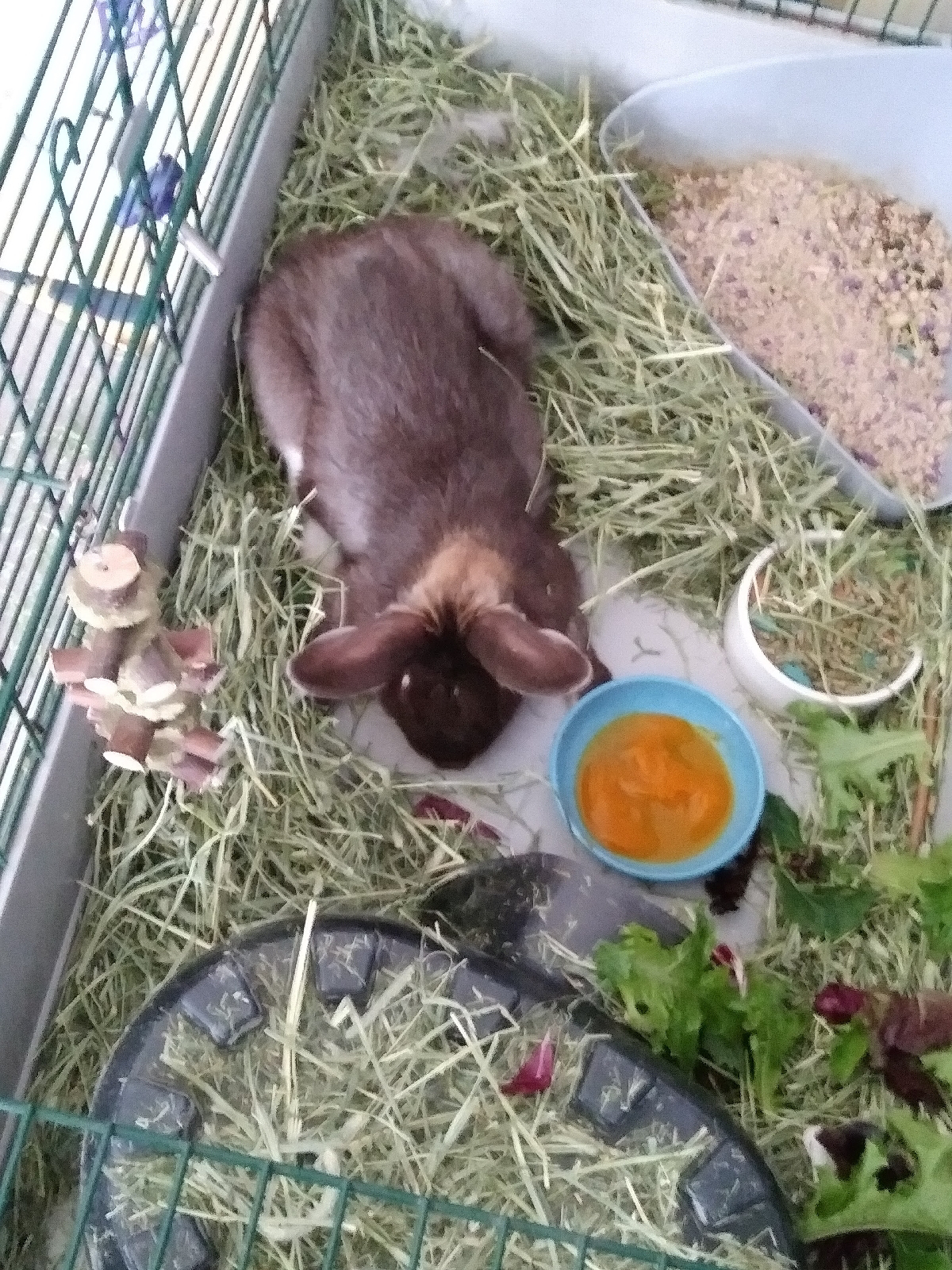 The vet reccomended, of all things, to feed Percy Libbey's Pureed Pumpkin in a can. We needed to get him to eat something and fast. He of course refused. I had to make the decision to hold him down and use a qtip to put bits of the pumpkin into his mouth. He hated being held down, i hated the fact I was stressing him out but I had to try something, anything!
Thankfully Percy ate the rest out of the bowl on his own when i left the room to give him a break. He did step in it a couple times but he ate! 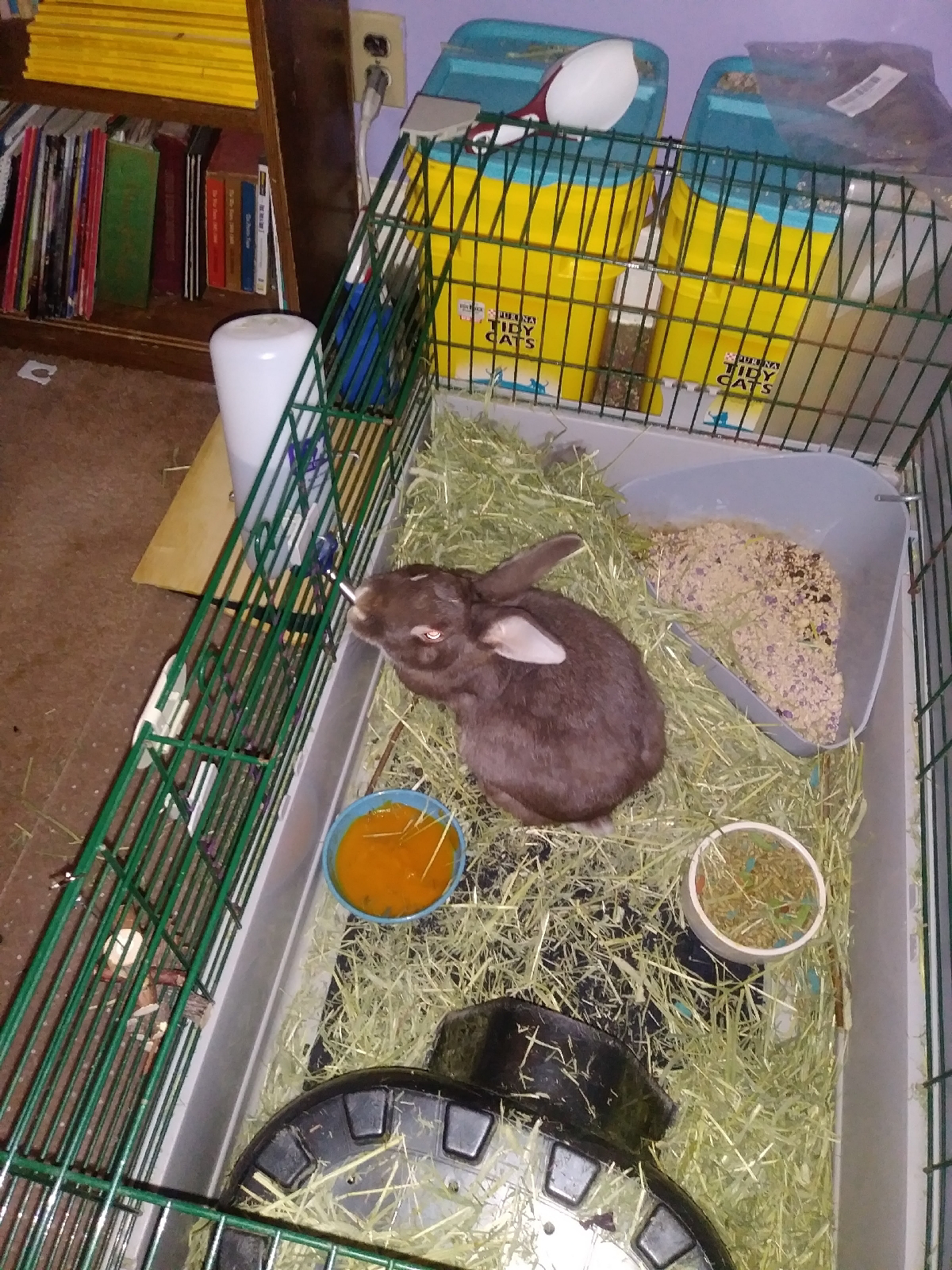 By the evening I gave Percy a second bowl of pumpkin and was ecstatic to see him drinking and nibbling the hay. He is still doing better, eating and drinking and using the litter box. 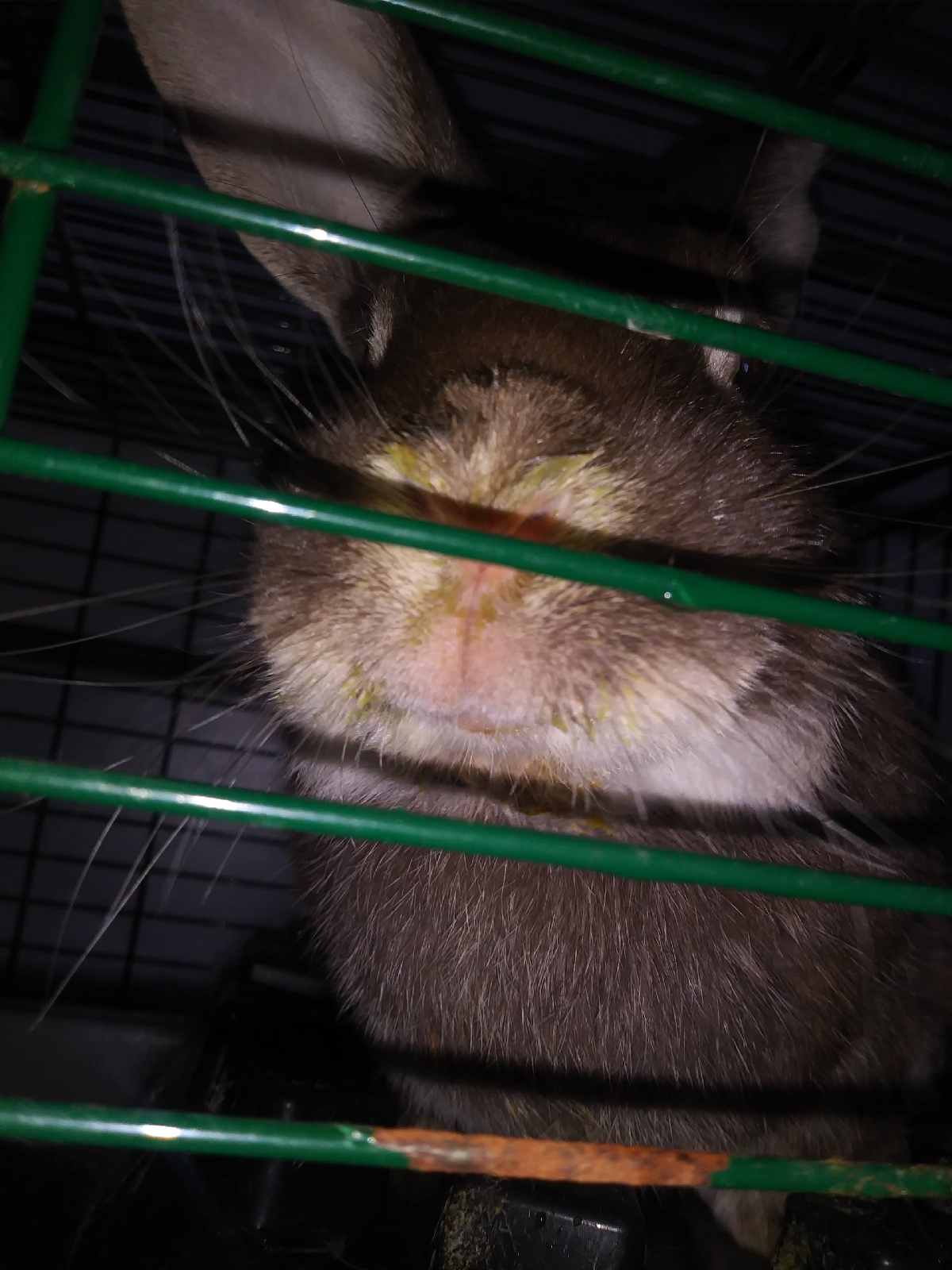 Here's a picture of his pumpkin covered face before I cleaned him up. 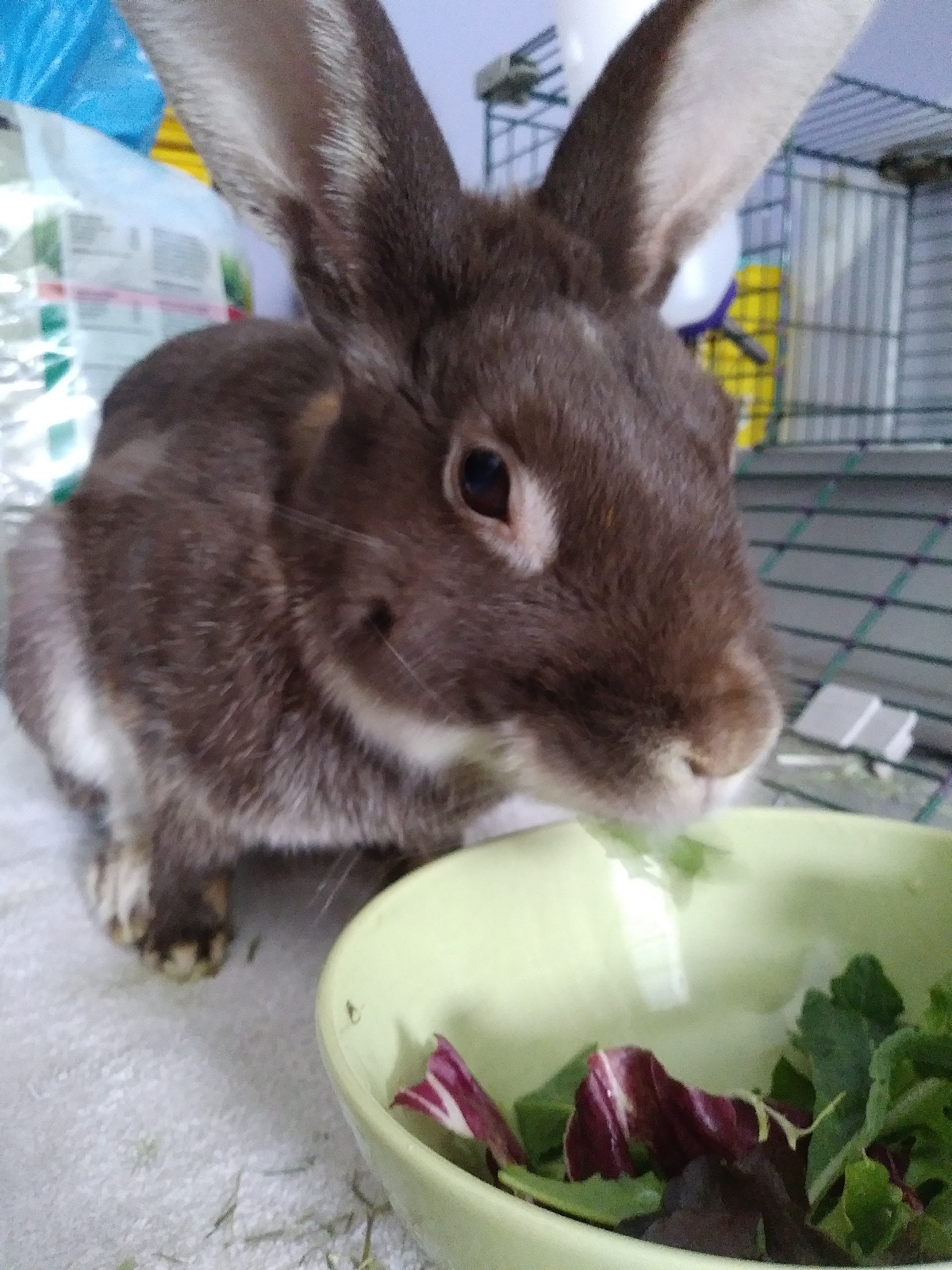 This was him on Wednesday. He was much more alert and ate the greens right away. I'm in the process of getting a vet appointment for him. 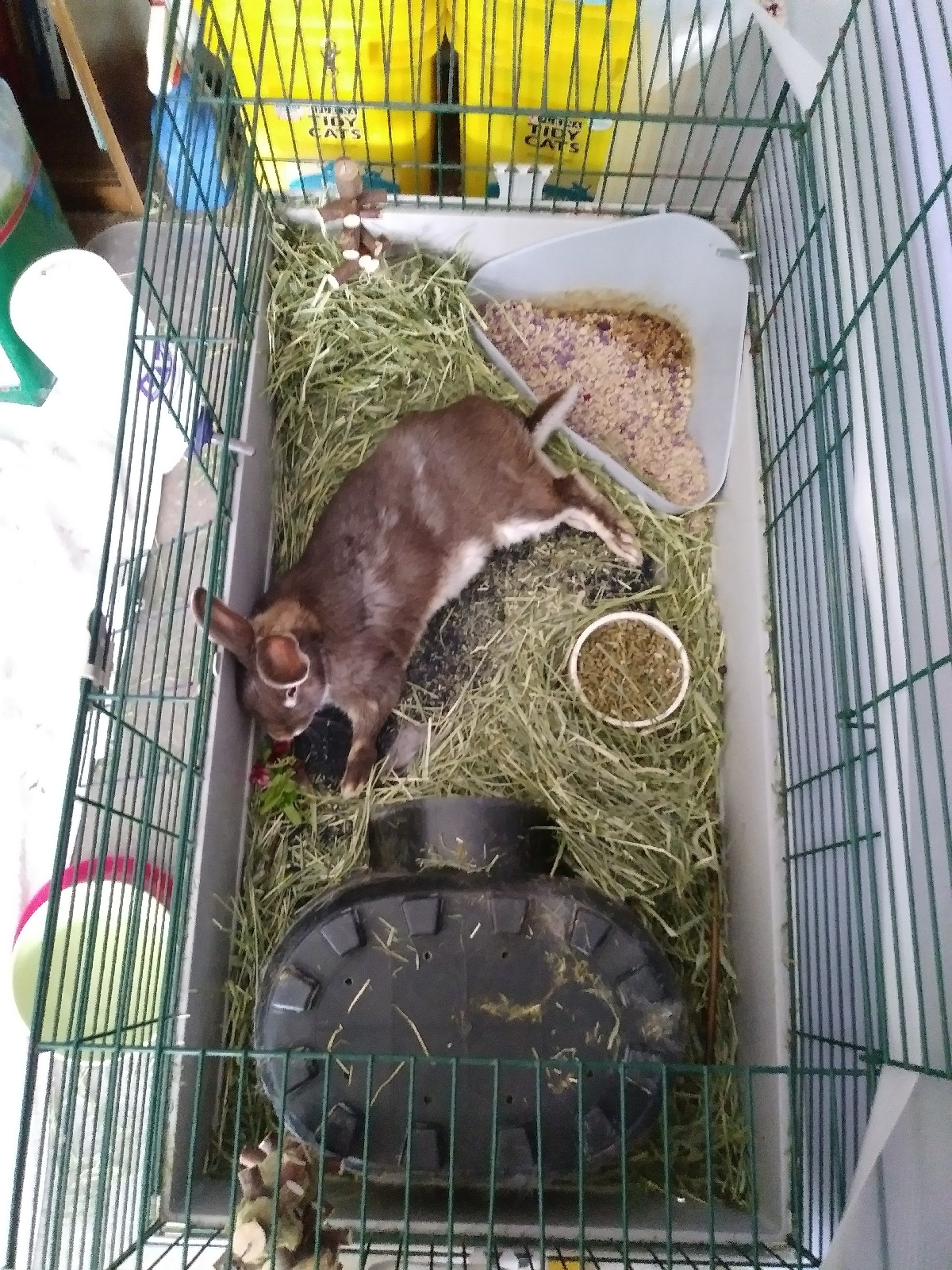 He is mid shed so he looks extra scruffy, but he's doing much better. I'm realizing we need to make some adjustments to his cage now because he is becoming an old man bunny.
G. I. Stasis is very dangerous for bunnies and kills a lot of them without the rabbit appearing ill. Rabbits are prey animals so they are incredibly good at hiding illnesses or pain. If I hadn't noticed the subtle differences in Percy's behavior on Monday I most likely would've had a dead rabbit by now.
We aren't out of the woods yet. I felt an unusual lump on his belly and want to get that checked. Because I don't hold him very often  ( he hates being held) I have no idea when it appeared.
I know Circle of life and all, still I'm holding out hope its nothing abd that he has a few more years to go.
Love a concerned rabbit mom, Rebecca
Pin It Now!
Posted by Rebecca at 9:24 PM 1 comment:

A Dad Bird Feeding His Fledgling Over the summer Justin and I have been able to enjoy watching adult birds teaching their fledglings how to forage for food. I felt incredibly lucky to be able to capture a sweet moment of a male house sparrow feeding his fledgling. 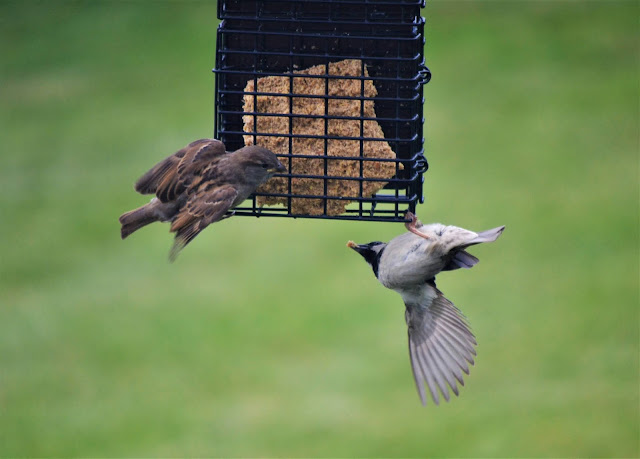 Initially I thought these two were fighting over the feeder and was absolutely delighted when I realized they weren't fighting at all! 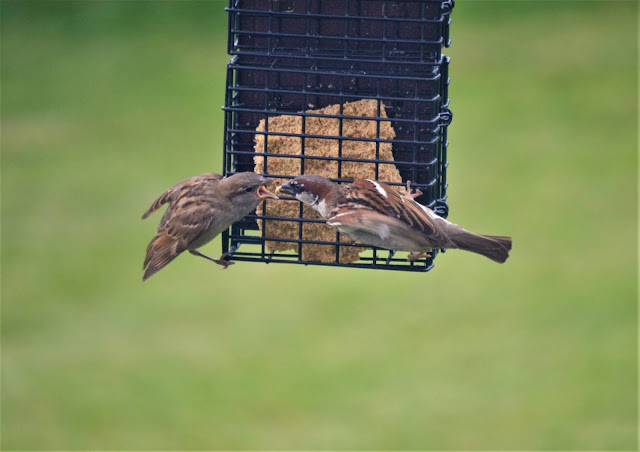 The fledgling would pick at the suet herself occasionally, but if the male bird was around she waited for him to feed her. 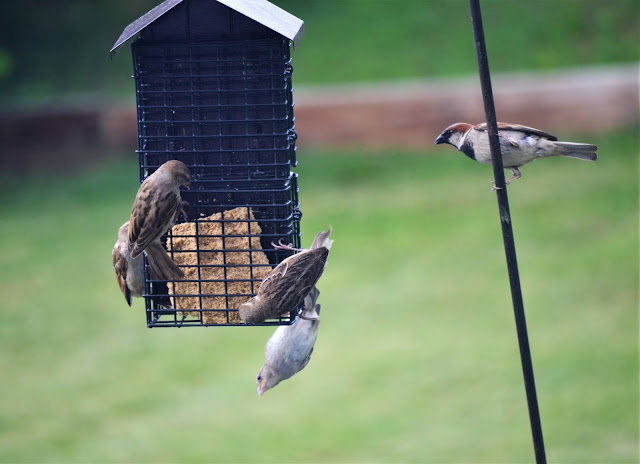 We have had several fledglings trying to master the acrobatics of eating from the suet feeder. We know when they are at the feeder because it gets quite loud out there! 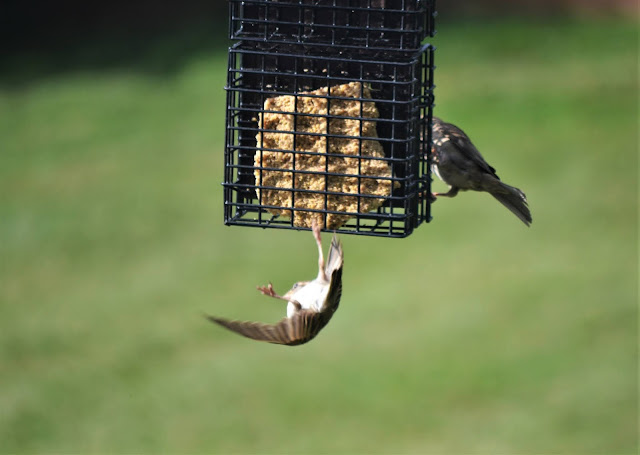 I've gotten some pretty interesting photos of these young birds trying to learn how to hang on! 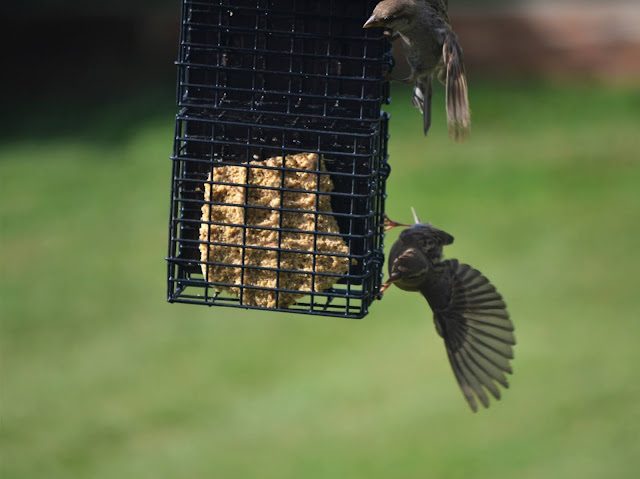 Look at that beautiful extended wing! 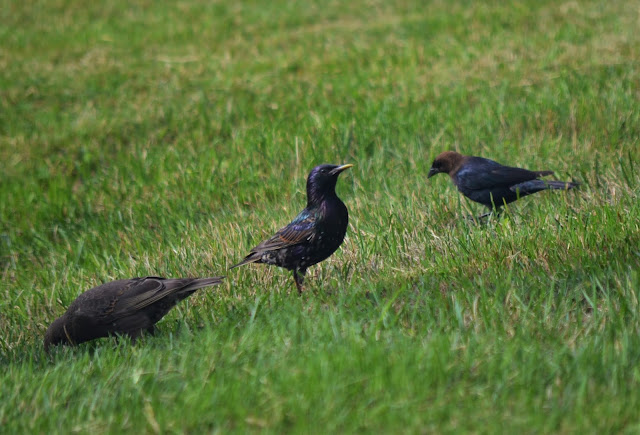 We had a surprise visit from a Brown Headed Cowbird (right side), I don't often see those birds. We also had the European Starlings visit again with their fledglings. 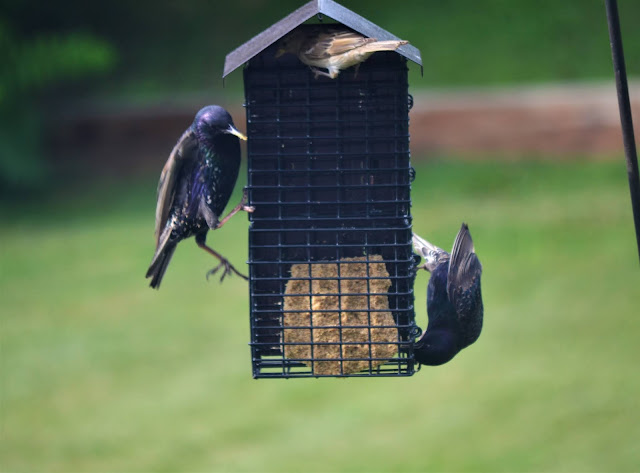 The birds will gobble down a suet pack in just two days. 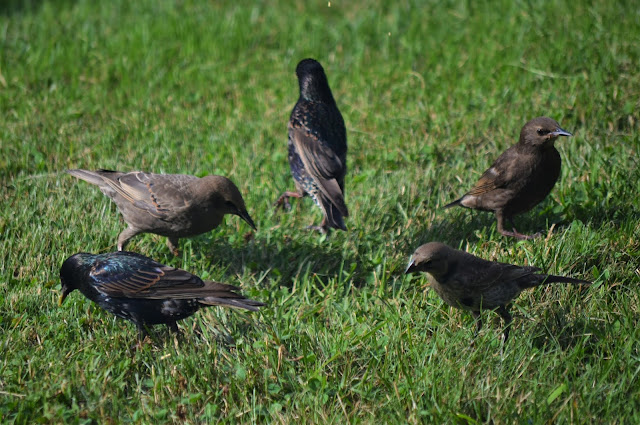 Starlings looking for dropped bits of food in the grass 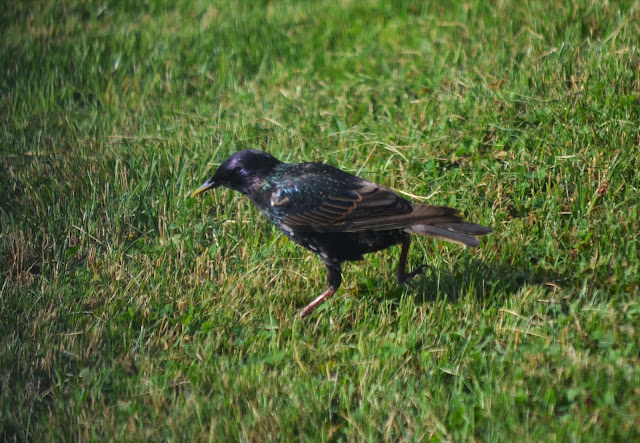 Starlings have some pretty iridescent greens and dark blues 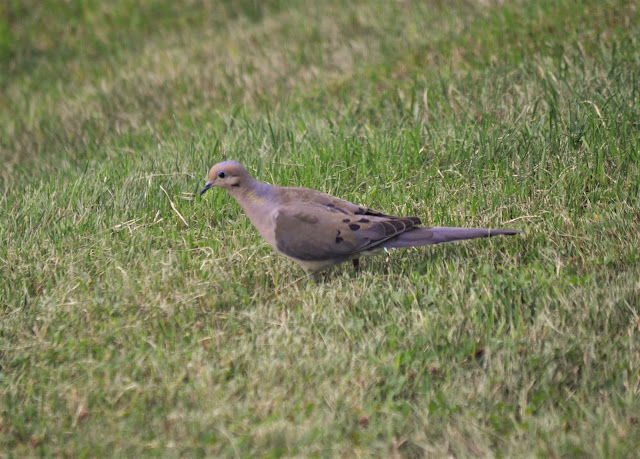 A Mourning Dove popped in for a little bit. I adore Mourning Doves. When I was young we had a nesting pair that built there nest in our Wisteria trellis. I could see right into the nest from my 2nd story bedroom window. 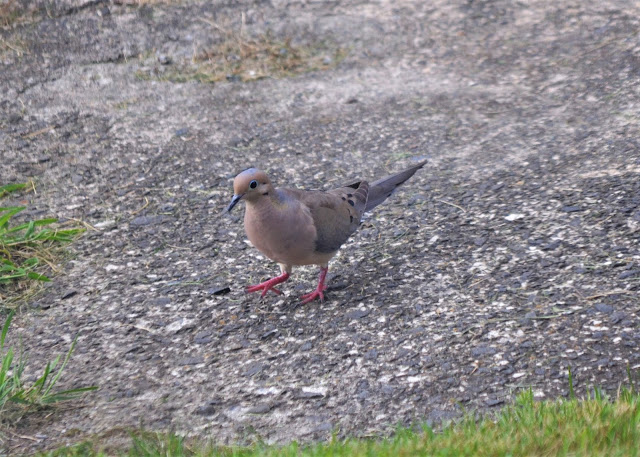 Look at those bright pink feet!

Email ThisBlogThis!Share to TwitterShare to FacebookShare to Pinterest
Labels: My Photography

My Sister-In-Law Started A Cooking Channel!


Since my sister-in-law just started a YouTube channel a few weeks ago,
I wanted to help her out with getting some new viewers on her videos! 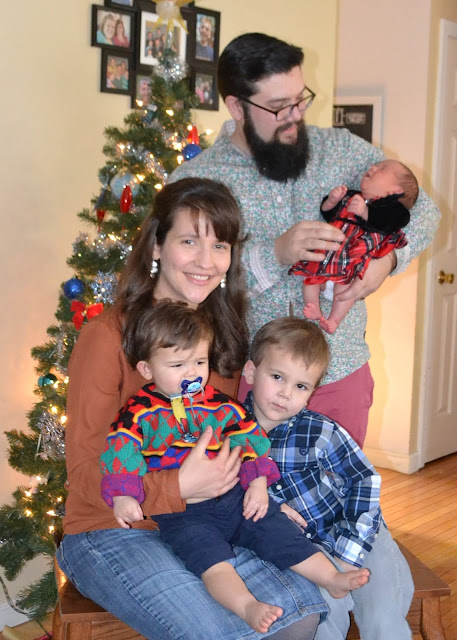 Sarah is the wife of my second brother and the mom of their three super cute kids. She really enjoys baking and cooking and always has some new delicious dish for us to try. I am very excited that she is sharing her recipes online!

Check out Sarah's channel at Never Tasted Better on YouTube!

Here are a few highlights: 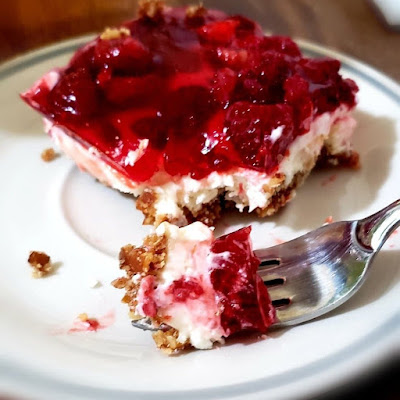 Sarah shows how to prepare her dishes and includes a written out recipe in the description box of every video! You might also catch a few glimpses of her kids or even their orange tabbie cat in the background.

Check her channel out at Never Tasted Better!

Posted by Rebecca at 2:02 PM No comments:

I've always enjoyed drawing since I was a child but I haven't drawn as much as an adult now. Occasionally I would draw a doodle or two.

I really enjoy drawing birds, this Kiwi was a request from Justin.

I did try to get back into drawing in 2017, but after a few drawings I lost interest.

I unfortunately have strong perfectionist tendency.
If my drawings weren't "perfect" I would give up.

In 2019 my mother-in-law randomly gave me some Crayola water color pallets to mess around with. I decided to try to paint a Budgie. I kinda liked how it turned out and so I kept drawing and painting.

I had recently discovered some art centered You Tube channels and was feeling inspired to keep trying to improve and paint for the fun of it.

I unfortunately have a hand tremor so my lines are often shaky.
I have learned to work around that problem now. I find a lot of inspiration from watching videos of birds. This Toco Toucan was based on the late Ripley of 2CAN.tv

This water color painting is very different from what I was used to drawing, it was inspired by the wildfires in California. One of my siblings lives in California and I was worried about them. He was nowhere near he fires thankfully.

With this bird I tried using Sharpie markers instead of paint.
Again you can see my very shaky lines

I took a break for a bit and came back to drawing again by doodling a moth.

This fawn was a turning point for me. I had made a very rough sketch in 2017, but I was frustrated and abandoned it. I finally finished it at the end of 2019. My initial sketch wasn't bad at all, frustration just got in the way.

I tried my hand at a profile. I wasn't basing my drawing on my husband but I cant deny it really looks like him in many ways!

I tried out acrylic paints for a bit. I had fun painting these flowers.

This was supposed to be a betta fish, but somewhere a long the way it turned into a dragon. I used to draw dragons obsessively as a tween.

This painting is my official "quarantine" piece. In my lowest moments during this pandemic I find comfort in watching nature documentaries. I stumbled upon one about a fascinating parrot known as the Kea. I enjoyed these guys so much I decided to paint them!

A still life sketch of one of my favorite plushies from my husband. Its a very small plushie which makes it perfect to carry in my purse. My kitty has been with me during some scary dental procedures. Its dumb but having this tiny cat makes me feel braver 😅

Here's a baby ostrich! They are incredibly cute.

A very badly proportioned Kookaburra. Their heads are much larger than their bodies.

This drawing is inspired by Elvis the Rainbow Lorikeet, sadly he passed away the day after I had finished this painting.

This parrot is cool simply because the second name its known by is Dracula Parrot.
I of course HAD to paint it

I had fun painting this bird. I liked doing a bird that isn't considered cute or pretty.

I of course had to paint my childhood favorite, the Tufted Titmouse!

Another "ugly" bird. Sadly these birds will likely go extinct due to poaching. The crest on the bird's beak is considered "red ivory". They have been hunted mercilessly to make random jewelry or carvings. Males are most often the victims and due to their nest habits, if a male is killed his mate and their chicks starve to death.

One of my favorite Fruit Doves is the Atoll Fruit Dove. They are gorgeous birds!

My first "fan art". This bunny unfortunately lost his ears after his mom chewed them off. Apparently mother rabbits have been known to kill their kits due to stress. Skip was rescued, but his injuries left him deaf. Skip is very cute though! 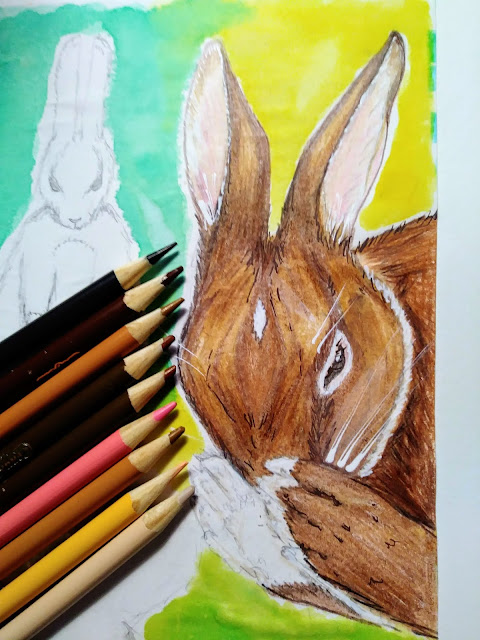 Here's a little drawing of my rabbit. I'm way more comfortable with birds but this was fun!

My last completed painting so far is a beautiful little hummingbird. I feel like I have come a long way in my art journey and I plan to keep drawing and painting!

Rebecca
Welcome to Butterfly Days! My name is Rebecca and I love to take photos! On this blog I post about my life, marriage, my family and my photography. I hope you like pets because I talk a lot about mine too! 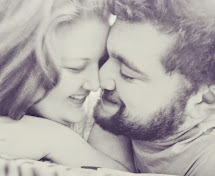 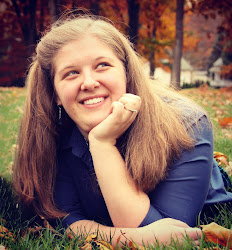 Check out this Awesome blog!! 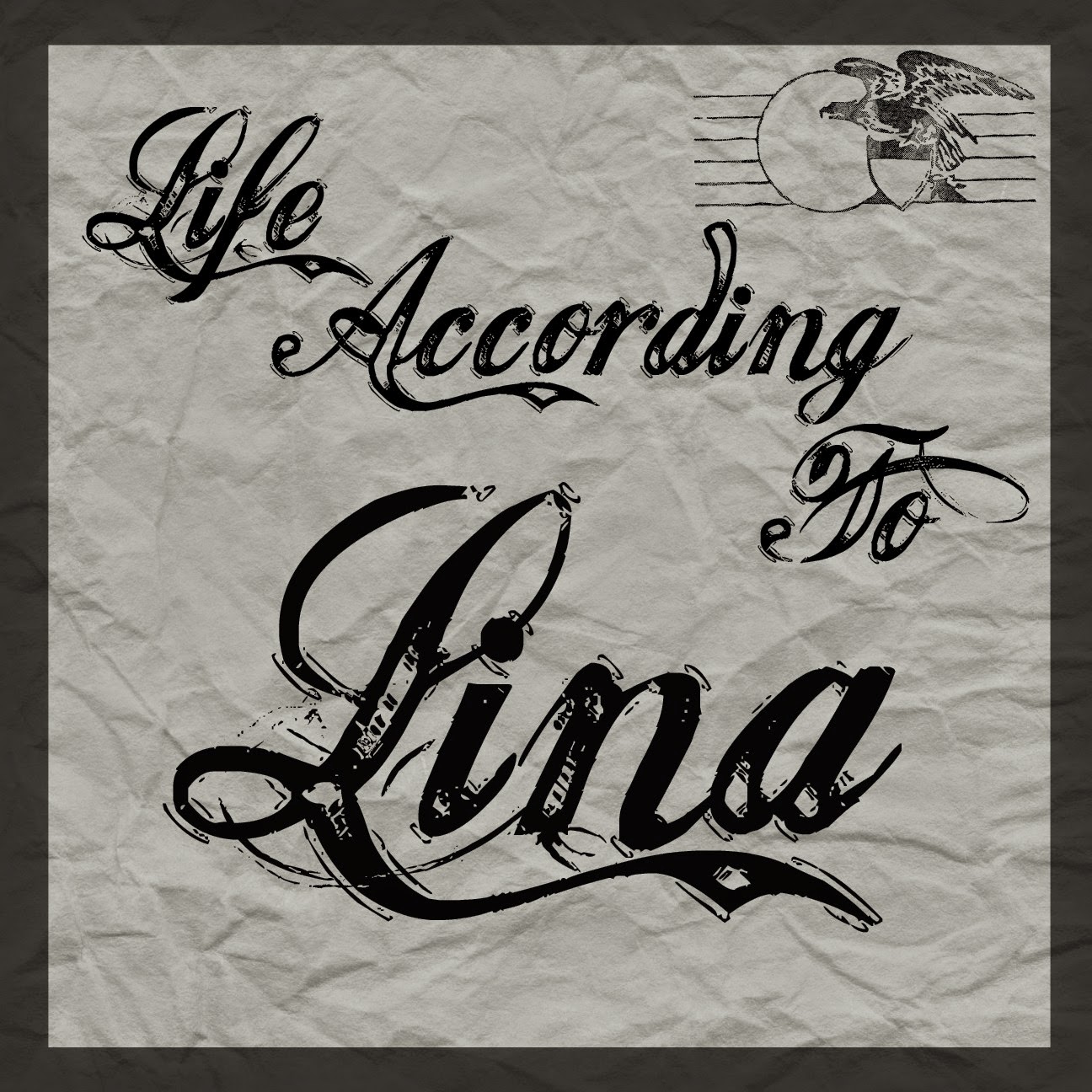 Check out this awesome blog! 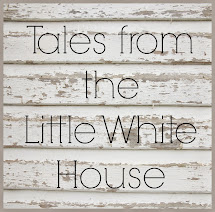 A Rather Unusual Maiden For God